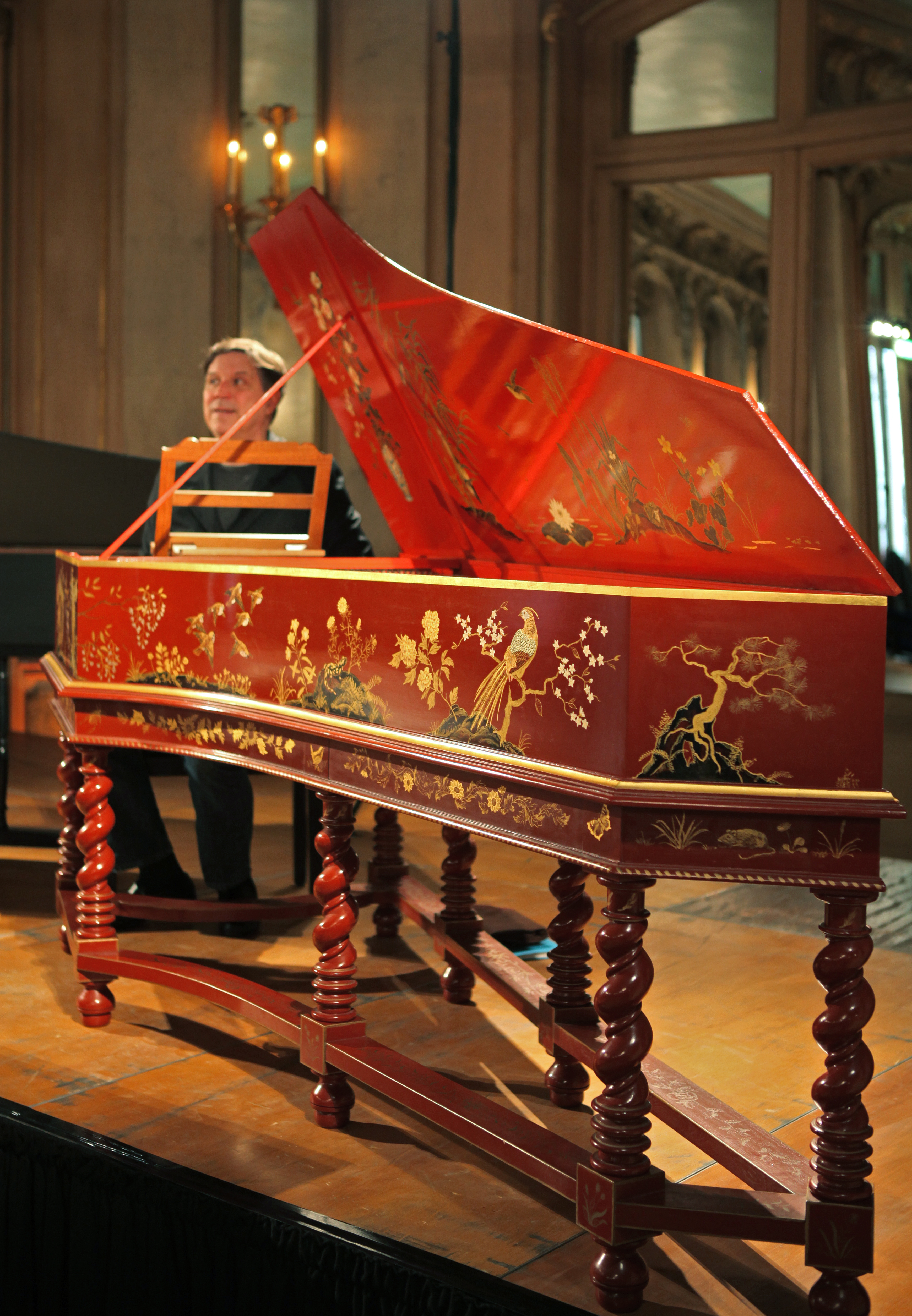 The first contact was in a five-day masterclass in Ann Arbor, Michigan in 1977. There was a cancellation for 1981/82 in Amsterdam, and I was accepted after he heard me in Ann Arbor.

Bachelor of Music, Oberlin College, 1980. I also played a variety of instruments as a teenager, including studying recorder with Marianne Kuiper-Milks, a student of Frans Brüggen who was living in New Orleans in the 1970s. From this training I was familiar with the Dutch school many years before I studied with Leonhardt in Amsterdam.

Only ever once, except the Bach Chromatic Fantasy and Fugue (twice). I had heard that Leonhardt only wanted to hear a piece once, and I trusted my sources.

About once a week. All the lessons were in the big garden room on the Herengracht on the Paris Dowd Blanchet. I usually played 3 or 4 pieces, and most of the lessons took one hour. One was 20 minutes, a few others were 90. I had 36 in all. Leonhardt played often in the lessons, to demonstrate articulations, phrasings and variety of sound and touch.

He only demonstrated musical results. There was never any discussion about keyboard technique, fingerings (old or modern), hand / arm position, etc. Only once did he mention to 'drop the wrist a little for difficult, fast scale passages'.

No, he heard that I had already accessed that information before becoming a student of his.

The metaphors and analogies generally concerned the relationship between the spirit of the music and the spirit of 16th- to 18th-century visual arts. But he knew that I was very interested in this way of thinking, so he quite probably used this tool to greater advantage with me. Such as the detail of engraving on silver as opposed to the 'illusionistic' properties / qualities of quick and bold brush stokes in painting.

Yes, because he continued to do new repertoire and to change slightly in details of approach after 1982. For the rest of his life we saw each other, mostly at his home on the Herengracht. We talked about music, harpsichords, harpsichord makers, furniture, exhibitions, historic houses, historic preservation, gardens, travel, mutual friends, the older and the younger generation of baroque musicians. We also attended each other's concerts from time to time, which we both enjoyed - but any discussion after any concert centered on subjects other than music and performance.

Never let a musician who is not your equal tell you that you are wrong.

The lessons were all wonderful. Had I not had lessons with Gustav Leonhardt, many important elements of harpsichord playing would have remained a mystery. It was a wonderful experience to learn these things from the very person who had rediscovered the traditional harpsichord and its wide-ranging repertoire.

Skip Sempé grew up in New Orleans, studied music, musicology, organology and the history of art in the United States at the Oberlin Conservatory and completed his training in Europe with Gustav Leonhardt in Amsterdam. He remained in Europe to embark on his own pioneering reconsideration of well and lesser-known repertoire ranging from 1500 to 1750. Sempé quickly earned a reputation as a musician whose knowledge of historical instrumental techniques provided the basis for a renewed interpretive conception of sonority and improvisation that had its origins in the music of the Renaissance. Harpsichordist and conductor, he created Capriccio Stravagante in 1986, which now includes three ensembles: Capriccio Stravagante, the Capriccio Stravagante Renaissance Orchestra and Capriccio Stravagante Les 24 Violins. Skip Sempé is particularly known for his interpretations of the French classical harpsichord literature including Chambonnières, d’Anglebert, Forqueray, Louis and François Couperin and Rameau, for his adventurous Bach and Scarlatti, and for the earlier virginalist repertoire of Byrd and his contemporaries. He is regularly invited as a guest director, and has performed with Julien Martin, Josh Cheatham, Sophie Gent, Olivier Fortin, Pierre Hantaï, Doron Sherwin, and the ensembles B’Rock, Collegium Vocale Gent, Vox Luminis, Capella Cracoviensis, Chœur Pygmalion, Chanticleer, Les Voix Humaines, the Studio de Musique Ancienne de Montreal, the Helsinki Baroque Orchestra and the Akademie für Alte Musik Berlin. In founding the Paradizo label in 2006, Skip Sempé added the role of impresario and recording producer to his ever-growing list of activities as harpsichordist, musical director of Capriccio Stravagante, guest musical director, teacher, coach and lecturer. Paradizo also undertakes special projects, including a documented homage to Wanda Landowska and a volume of Skip Sempé’s Essays on Music and Performance.