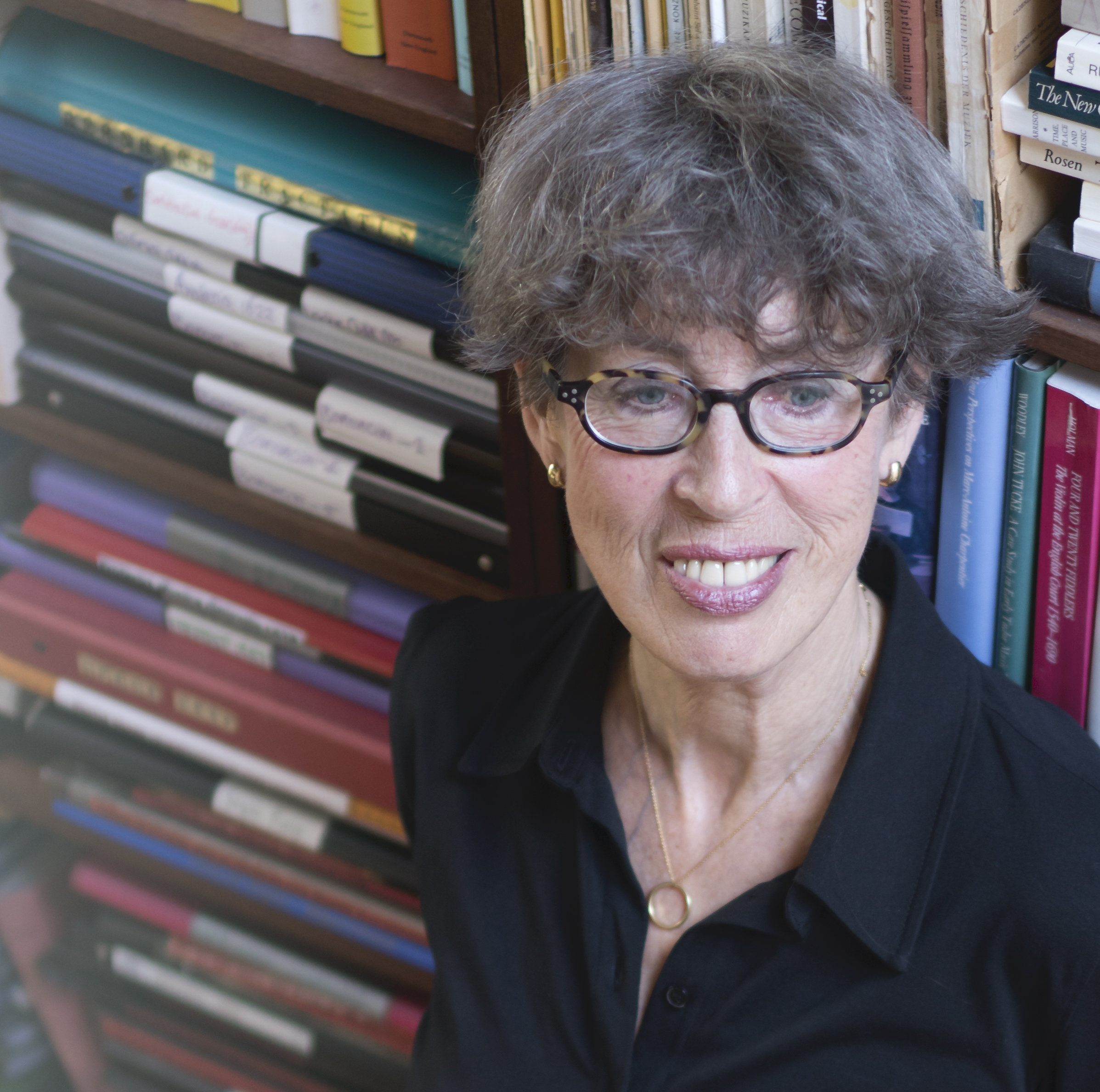 I studied harpsichord at the Conservatorium van Amsterdam (at that time the name of this institute was still "Amsterdams Conservatorium"). Originally I applied for piano as I had been playing that instrument since I was 6 years old. Although I loved to play Bach and Scarlatti (had never heard of Byrd etc. at that time), the sound quality of the harpsichord on the recordings that I knew then, by Georg Malcolm, Zuzana Ruzickova, and of course Wanda Landowska, did not inspire me too much. That changed completely after listening to Leonhardt's recordings of Bach's Goldberg variations. The Skowroneck harpsichord he played was a revelation, and so was his playing. Now I wanted to study the harpsichord, and I wanted to study with him.

Until the time that I applied to the Amsterdams Conservatorium I had only had private teachers until I was twelve. After that I studied on my own. During my entrance exam I played Bach's Chromatic Fantasy and the English Suite nr. 2 in A minor, and a Scarlatti sonata, so my level was basically high enough. After I was admitted to the conservatorium I first had to study with Anneke Uittenbosch for three years, in order to learn the basics of harpsichord playing in terms of touch, articulation, etc. etc. and it was a great pleasure to be introduced by her into these secrets. After that I was admitted to Leonhardt's class.

The choice of repertoire was left to me. I studied Virginal music, and Sweelinck, Frescobaldi, and Froberger, and of course J.S. Bach and C.P.E. Bach. There was the French repertoire: Louis Couperin, F. Couperin, D'Anglebert, Rameau. Leonhardt was not fond of Handel or Scarlatti, so I would not bring that to the lessons.

Leonhardt was not the kind of teacher who would "work" with you on a piece. So I presented each piece only once. His lessons were more like master classes.

The lessons were always in his house at the Herengracht and their duration was more or less an hour given weekly. Of course he was often away for concerts but I did not mind that as it gave me more time to prepare a new program. As noted already, Leonhardt's lessons were rather like a master class and he wanted to hear a new program at every lesson. He never discussed technical aspects of playing, or fingerings. I would play a piece and he would listen while sitting at some distance (and it was a large room). His lessons to me were basically analyses of rhetorical and affect-laden elements. After I finished playing he would come over and sit down at the harpsichord, playing his way through the piece and talk about it. This approach has been the most essential element of his teachings to me. I especially remember a wonderful moment when I had played one of L. Couperins Préludes non mesuré, and he pointed at the high note at the end of a rising scale and said with great intensity "you must let this note evaporate before you go on, it must evaporate first!" This was such an eye opener for me. There has been one lesson in which his approach was, to say the least, surprising: I had played William Byrd's "Qui passe" and this time he was listening while standing beside me and after I had played the final chord he was very enthusiastic. I suppose he had no comments to make because he then said: "Good, good! Now play the piece again but transpose it a semitone down". I managed to do that for the first section. As I play easily by heart I could play it in different keys, but this piece begins with an E major chord (it is in the third tone, with A as final), so in the transposition my first chord was now E-flat major, and after the first section I got into trouble, which made him smile....

I can't remember he ever did.

Well, as I knew already that he considered Handel, Scarlatti, Soler as minor composers I never brought their pieces to the lessons.

He did no such thing but he never tried to impose his own interpretation on me either. All he did was to provide me as much as possible with what the composition was about, and left it to me to make my own choices about how to project them to the audience.

In short: to play beautifully, expressively, to bring out the music of these great composers in the most expressive and clear way.

We met on several occasions. Once he came to my house to see the decorations I had painted on my new harpsichord (soundboard etc.) which was very nice. As for his further teachings, I bought all his records (and still have them) and went to all his concerts if they were in the Netherlands, also to hear him play basso continuo.

Yes, I hope I am teaching them in the same way but contrary to him I discuss technical aspects as well, in particular how to bring out the sound of the harpsichord, how to play detaché, "overlegato" and everything in-between.

It has changed only with regard to certain "laws" that were part of the principles articulated in the seventies during the early music revival. As I have since been reading many original sources and did a lot of research I discovered for example that ornaments were not always beginning with the appoggiatura on the beat, or that upbeats were not always light, and so on...

Harpsichordist Thérèse de Goede specializes in basso continuo and historical performance practice. She has been teaching since 1994 at the Conservatorium van Amsterdam. She frequently contributes to symposia and conferences in Europe and North America and is regularly invited to give seminars and masterclasses at international music academies and universities. Thérèse de Goede studied at the Conservatorium van Amsterdam with Anneke Uittenbosch, Gustav Leonhardt, and Ton Koopman and received her Soloist Diploma in 1976. She performed with renowned early music soloists, worked with various ensembles and orchestras, and played continuo in several opera productions. In 2015, guided by Peter Holman, she completed her doctoral thesis: “Del sonare sopra ‘l basso”: The Theory and Practice of Basso Continuo Accompaniment in the Seventeenth Century. Her research concerns the theory and playing styles of 17th-century basso continuo and, more currently, on 18th-century thoroughbass practices of the Galant style. It covers the development from modal to tonal harmony, in particular with regard to the realization of unfigured basses and the differences in harmonic language and characteristic national/regional styles. A specific point of interest is the improvisation of diminutions and ornaments in different style idioms both in continuo realization and in the performance of vocal and instrumental solo parts. From 2005 to 2013, Thérèse de Goede was head of the Early Music department of the Conservatorium van Amsterdam. She initiated and designed Basso continuo Specialization as a Bachelor/Master study (the Conservatorium van Amsterdam was the first institute in the world to offer this program) and designed a special course on historical harmony, improvisation, and ornamentation for singers. In 2006 she initiated The Early Music Summer School of the Conservatorium van Amsterdam. This annual event attracts students from all over the world.