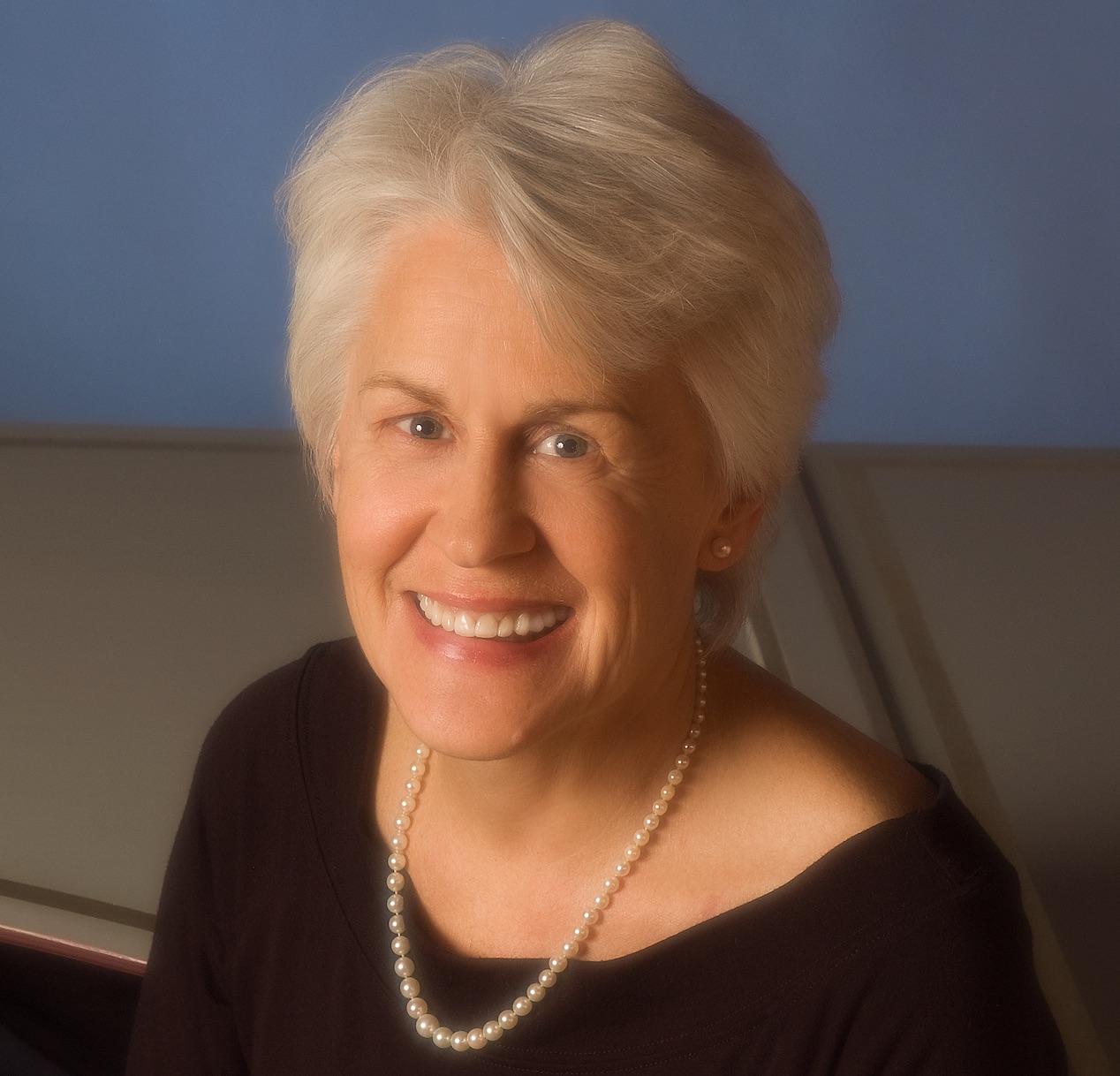 I first heard of Leonhardt from a former student of his: my first teacher, Lisa Goode Crawford. My sister and brother-in-law worked for the Cambridge harpsichord builder William Dowd, who spoke of Leonhardt as representing the pinnacle of harpsichord playing. I heard stories from Lisa and others that made it clear what an important and treasured experience their studies with Leonhardt had been. So in 1972, I wrote to Leonhardt and was accepted as a student, but was told I would need to wait for four years. In 1976, I moved to the Netherlands.

I held a Bachelor of Arts degree from Bard College when I applied to Leonhardt for lessons, and had studied harpsichord with Lisa Goode Crawford for two years at that time. By the time I went to Holland, I had acquired a Master of Music degree from New England Conservatory of Music where I studied with John Gibbons. I had also attended masterclasses with Kenneth Gilbert, Albert Fuller and James Weaver.

Sometimes only once, but usually more. These were my decisions.

My lessons were always at Leonhardt's house on the Herengracht and usually lasted for an hour. For the first five months they were twice or three times a month, depending on his schedule. After that, I lived in Paris and traveled to Holland to have a lesson on each of two consecutive days for the remainder of that academic year. Over the following two years, I had a number of lessons a month or more apart. There were two Skowrowneck instruments in the room where I had my lessons. As I remember, one was a Flemish double and one a French double. On one occasion I was taken upstairs to play an English virginal and, on another, to play a fortepiano. In any one lesson, I probably presented 20 or 30 minutes of music, which could have been an entire Bach partita or one set of variations and two prelude-and-fugue pairs. Leonhardt always demonstrated some at the keyboard, unless my playing was boring that day. It needed to be either quite good or quite bad in order to inspire him to jump in and show me what he would do with a piece. There was also discussion, and I always went to the nearby British Council library to write down - before they left my head - as many of his words of wisdom as I could remember.

Leonhardt was singularly uninterested in discussing technique. He might suggest a better fingering if I was in need of it, but in general, he made it clear that my technique was my business. He would not concern himself. Nevertheless, he was kind when I apologized for playing wrong notes and he said, "Everyone does that. You should have counted the number of wrong notes I played yesterday" (in a concert I had attended). He demanded things of me - especially articulation - that challenged my technique and this eventually led me to take about five months off, during which time I worked very hard on my own technique, using Cortot's and Dohnanyi's methods and Cramer's etudes. Leonhardt's only acknowledgment was, "It seems beneficial to have your lessons far apart..." I knew then that I had succeeded. One day: "If you really hear the sound in your head (i.e. a whispered, mellow tone versus a louder, more aggressive one), you fingers will do it somehow. Just be sure you hear it." Another day: "Don't think about the keys or notes or anything but the music."

There was little emphasis on any of this in my lessons. One day I said, "Why is this not a trill ending?" (in Duphly's La Forqueray). Answer: "Because it is 'not' a trill ending." He discussed the relationship between notation and rhythmic alteration, but that was based on his own knowledge of (in this case) Froberger's works. If I hadn't started with the knowledge I had, I might have received more of this kind of information from Leonhardt. One day he mentioned "all the sources which say that the saraband is the fastest dance of all in this period", but didn't say which sources they were - the repertoire was Purcell, and I did find a source on my own.

My impression was that Frescobaldi and Froberger called forth greater response, as well as English virginal repertoire, French repertoire and Bach. The only composer he looked down on was Handel: "Handel is such common, empty music - trite - but it will work if done/presented with a certain conviction, i.e. 'I'm exactly sure of what I'm doing - I'm perfect!'".

Lots of metaphors and analogies: "The bottom of the key is your friend."..."The bassline gesticulates wildly at this point - exaggerate it." (Rossi toccata)...For an idea that's easy, i.e. a toss of the head or hand, relax the hand and play it easily, lightly, "with a toss of the hand, so to speak."..."More like an allemande" means "more retiré, detached, at a distance."..." A heavy upbeat [is like] a heavy hand gesture, not a nervous one, like a fat man moving, not a thin, nervous one." (Bach Overture)..."As if falling from your sleeve."..."Completely wild, vulgar, coarse, flamboyant; heels clicking, arms flailing, real Flamenco craziness; make as much noise as possible."

He asked me to play with conviction and rarely took exception with my interpretive choices. He was trying to get me to trust the music and get the focus off of trusting myself, since that involved a lot of self-doubt and self-criticism: "Unquestionably, what is lacking is conviction: your belief in the music, not of whether you can play it, but in it, itself."... "You need to be more involved with the music."... "More whimsy" or "more wit."... "Follow your imagination."... "Beyond a point it can be dangerous to have someone listen and tell you their ideas, because the ideas get imposed."

I wanted to be able to play as much like Gustav Leonhardt as possible, especially to be able to play really slowly and expressively on the instrument. He was the only harpsichordist I'd heard who could really do that, aside from his many other skills and general musical brilliance. In addition, in my youthful insecurity, I suppose I was looking for his imprimatur as a 'good player'.

I sent Leonhardt my first recording and was delighted when he responded positively, saying that he enjoyed hearing real conviction in my playing: "and conviction 'while' playing." He came to one of my ensemble concerts given in Holland, and gave positive feedback. I wrote a biographical article about him (NB: reproduced here in pdf form) for Salem Press's Musicians and Composers of the Twentieth Century, and spoke to him on the phone about some of his life history I hadn't been sure about. After he read the article, he left me a phone message, thanking me for my "too, too kind" biography of him.

I think it made me determined to help my students get to the essence of a piece, to read the notation carefully, to understand the context of a repertoire, and to believe in their own interpretation. One experience made a real impression on me. Leonhardt invited me to a concert he was giving with Alfred Deller, telling me that Deller was perhaps his greatest musical influence. It oriented me even more toward singers and what we instrumentalists can learn from good singers.

Not much. I know that the lessons really formed me as a performer and teacher.

The importance of a solid technique (however you acquire it). Understanding what the composer was trying to say: seizing on a character. Never being lukewarm about a piece in performance - playing with conviction. Finding the appropriate gesture. Always taking time for things. Listening, singing, having ideas, keeping the inspiration going.

I got what I was looking for, but so much more! At my last formal lesson, Leonhardt said, "I've told you everything I want to tell you." This made it clear that I had plenty of work ahead of me to put everything he had told me into practice, but that I could relax about my identity as a harpsichordist. I have gone back to my post-lesson journals many times over the last forty years and always find something again that is useful to me. I enjoy reading about the lesson after which I was invited to stay for sherry, and being reminded of the generosity of his guidance as well as his insistence that I stand on my own two feet. A inestimable gift at that point in my musical development - my late twenties.